SINGAPORE - The owner of the Bedok North flat which went up in flames was Aileen Chan, a 56-year-old film producer and actress who had fought cancer until she died in the tragedy on Friday (May 13).

She is survived by her partner Ithnin, or Isaac, according to a notice for her wake, as well as her sister, Ms Iris Chan.

Ms Aileen Chanwas pronounced dead on the scene by paramedics who arrived at her fourth-floor flat at about 6.40am that day, after a fire broke out which led to 60 residents in the neighbouring units being evacuated.

Another two people who were renting a room in the apartment - a 35-year-old man and a three-year-old toddler - later died in hospital.

The 34-year-old mother of the child remains in critical condition, as at Saturday (May 14) night.

In a Facebook post, lawyer Michael Chia, a friend of Ms Chan, said he had met her during his brief foray into acting with local short film group Reel Frenz some years ago.

"There'll be no more pain, no more sickness and no more sadness," he wrote. "I learnt from you. You were kind and fun to be with. You fought with cancer bravely but you went in an unexpected way."

He later told The Straits Times that Ms Chua was kind, helpful and funny.

According to Ms Chan's page on movie database IMDb, she was involved in the 2016 local film Certified Dead, directed by Ms Marrie Lee, - better known for her role as Cleopatra Wong - who made waves on the international movie scene.

At her wake in Hougang on Saturday night, Ms Chan's sister Iris requested space and time for the family to grieve.

Mr Tan Kiat How, Minister of State for Communications and Information, and National Development, and MP in East Coast GRC, paid his respects at Ms Chan's wake.

He said Ms Chan's cousin, Pearl, lived in the unit next door to Ms Chan.

"Iris and Pearl shared with me the many tough challenges that Aileen had overcome, and yet she maintained a positive and bubbly outlook towards life. She was an amazing lady. She will be sorely missed by her family and friends," he said in a Facebook post.

He said the Kampong Chai Chee community of grassroots leaders, volunteers and agencies stand ready to offer help. Many residents he spoke with had also sent their condolences and stated their willingness to ... 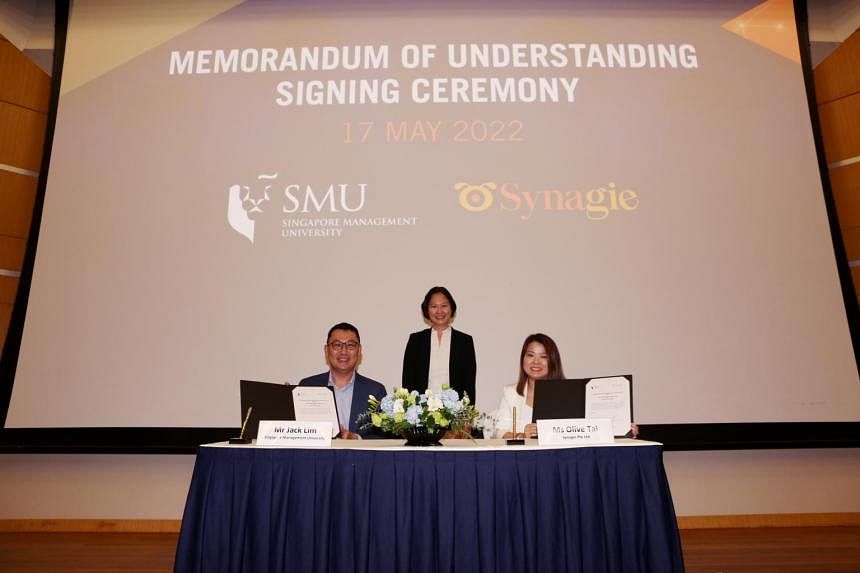